UPDATED BY EZZIE IN COMMENTS 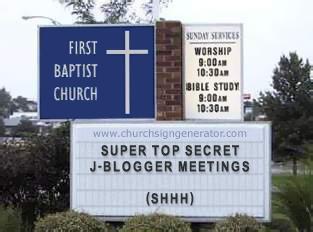 You have to wonder what Ezzie was thinking when he asked for this "innocuous" message to be put up. Like, hello?! How obvious can you get? Ezzie -- there's no way you're going to be planning this meeting next year.

As a result of this poorly planned sign, the following crowd waited on line in the parking lot...trying to get a glimpse of some of the famous, big name bloggers who showed up. 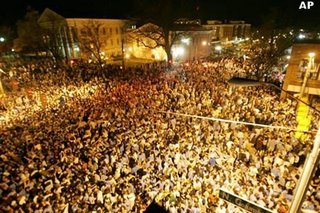 As could be expected by Ezzie's poor management skills, Orthomom and RenReb finished off all the cookies and ice cream before the meetings even got started.

This is a JBLOGGER meeting for G-d's sake! People come to EAT!

And RenReb - next time, you don't have to eat in the parking lot, surrounded by all the paparazzi trying to get a picture of you in your tinted window Hummer. It was hard holding them at a safe distance to give you some privacy. 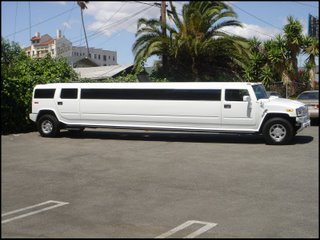 Some of the following important topics were discussed:

1. Why wasn't there enough ice cream to go around?
2. Why aren't there more hits to the JBLOGOSPHERE blog?
3. What kugel is being served at tonight's meeting.
4. Alternative names for Jameel's blog.
5. Discussion on Speilberg's proposed "JBlogosphere - The Final Frontier (chapter IV)" and which actors would play which bloggers.
6. Brick thrown through window by an angry Jakartan demonstrator outside -- apparently he confused us with the OTHER JBlogosphere secret meeting down the block. (in the shteibel)
7. Screening of the movie, "Only Human"
8. Maariv...off to bed.

Ezzie, I trust you'll give us a wrap up of today's session...thanks.