Over the years at Casa SerandEz (I, II, III, and now IV!) we have been fortunate enough to have hosted hundreds upon hundreds of guests, many of them having stayed over - from the couches in our one-bedroom apartment to the beds in the girls' room or couches in our two-bedroom; to their own room or the basement in our New York "house" to having their own floor (and bathroom!) in our house in Cleveland.

In just the 8 weeks* since we've arrived in Cleveland, we've had over a dozen sleepover guests (including a few family members and a lot of visiting friends), and while our friends are always awesome guests, I think I have noticed it a lot more here because they have their own floor that we theoretically have to prepare and clean up after... and it's theoretically, because we've basically done nothing at all.

While talking to one of those guests recently after they had gone home we discussed what makes guests great, and really, it's about not being a guest at all - the greatest guests are the ones whom you never need to actually host. They come, and they feel right at home (within reason), not making the hosts constantly feel like they need to cater to their needs or feel horrible afterward upon realizing that they forgot to give them some essential items.

With that, here are some basic tips for being a great guest - and if someone could tell us how to better hosts, we'd really appreciate it!
I'm sure there are more; these are just a few that came to mind in the middle of the night. And to all our friends, thank you! The reason we have always had so many of you so easily is because you made it easy. Y'all are the greatest 'guests'.

* It's amazing that it has been so short; it feels as if we've been here and known all our new friends here for so much longer. Also, really flattering that so many friends have already come to visit...!
Posted by Unknown at 1:31 AM 1 comment:

Email ThisBlogThis!Share to TwitterShare to FacebookShare to Pinterest
Labels: SerandEz

In Praise of Free Time

Out of less than sixty e-mails in my inbox*, there are still a few articles at the bottom of my inbox from years ago that I saved for some future thought, blog post, or whatever. Two years ago today, my mother sent my sister-in-law and myself a great piece by Dilbert creator Scott Adams on "The Benefits of Boredom". In the piece, Adams argues that boredom is a necessary precursor for creativity, and that modern technology's constant interactivity negatively impacts our creative minds by not allowing us the time to enjoy true boredom. It's interesting, funny, and also a little sad.

Our kids, thank God, are extremely creative. That said, they're also kids. They get bored. When they're bored, they get annoyed. They want to watch TV (ugh) or want us to think of ideas for them. But when we refuse and tell them to use their imagination, they (often, not always) do - and it's incredible to see what they come up with. The past month or so, for the first time since we were first married (??), both Serach and I were home for extended hours every day - and it wasn't because we were unemployed when we didn't want to be. Serach wasn't working this summer as we adjust to Cleveland, and I was unassigned. While we were still quite busy for the most part between the move, unpacking, settling in, and getting all the little things done that go into living in a new state, we also got to take the kids out and have some fun - and we got to stay home, let the kids get bored, and watch them be creative.

Earlier today, Serach suggested that since I begin work at a client tomorrow, perhaps we should take the kids out to go do something. It didn't work out for other reasons, but part of me couldn't help but feel that it was more desirable to do absolutely nothing. For weeks, I had been able to on occasion do absolutely nothing - and it was liberating. My mind was able to be somewhat at ease, a feeling not felt in years. One Shabbos afternoon recently I took Kayla (5) to the playground, and at one point since the playground was nearly empty, I took the swing next to her and started to swing back and forth, back and forth, back and forth. It was exhilarating. Not because of the swinging, though that was great; but because when you're swinging fast enough, the world around you is really moving too quickly for your senses to take in fully without getting dizzy, so either you can try and concentrate on something - or you can just zone out and let your mind go. I chose the latter.

A few people asked me recently if I was 'itching' to get back to work, and I answered that I was - while it was great to have the time to unpack and settle in, at some point most people wish to contribute and not simply be on the sidelines. At the same time, I also couldn't help but appreciate the need for more free time; time to sit back, relax, and let my mind wander.

Hopefully now we will be able to have both.


* I am a "zero inbox" person who also never really deletes emails, but instead archives them. On Gmail, this means that every email or conversation is stored should there ever be a desire or need to find it. This also means that I use my inbox as a storage place for items that need to be returned to - if it's still non archived, an email is likely either a bill, an email that needs a reply, a task that needs to be completed, or an article I'm saving for some reason.
Posted by Unknown at 1:04 AM 1 comment:

Email ThisBlogThis!Share to TwitterShare to FacebookShare to Pinterest
Labels: Life

One of the most fantastic interviews you will see in a long time. If more of us would try more often to focus our view of the world and people on their merits and not their negative aspects, perhaps we really could impact the world positively.

No School Is Perfect

We recently moved to Cleveland from New York, and while at first we took it as a given where we would send our kids to school, after talking to a few people we gave the decision a second, much longer look - going through a similar process as we'd done two years previously in Queens. Ultimately, in both instances, we ended up sticking with our first choice; but in both processes, we were forced to think about what deficiencies the school we'd ultimately send our daughters to would have.

A friend recently pointed out an interesting article from the Jewish Week that touches on this point, albeit in a different context, that of special needs:


In short, there is a tension between our demands that our Jewish day schools be able to compete with Sidwell Friends and Choate, while deeply covering Jewish subjects, as well as comprehensively addressing special needs. There is no way around it. [...]

When I was a kid, and went to Jewish day school, my parents made a major financial sacrifice, and accepted that they were not going to get 100 percent of what they wanted from one school. I got a decent Jewish education if not the best secular education (I did supplemental work with my parents and a tutor out of school) but on balance am grateful for the experience. It was compromise, and a lot of my education -- Jewish and otherwise -- but the goal was to imbibe the mesorah and to participate in the construction of the next generation of the Jewish community. 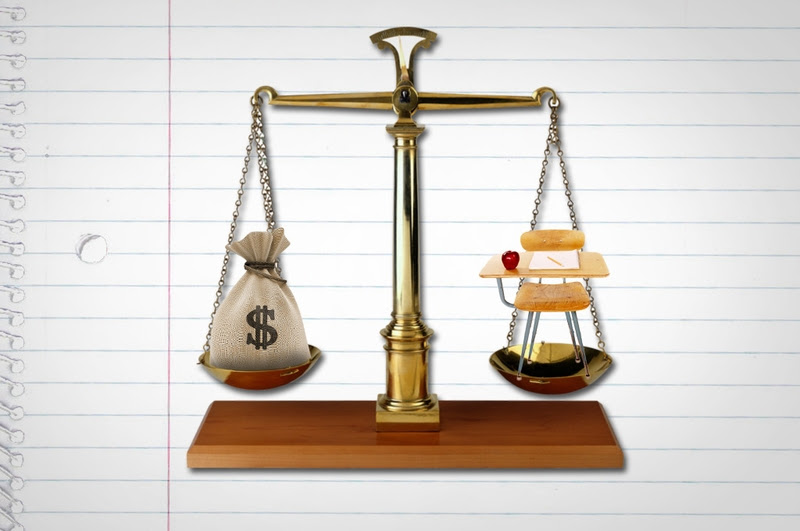 For us, though, it was less about a specific trait than about an approach: What aspects of our children's education are we least and most equipped to supplement? I bumped into an older supporter of one of the schools whose children had gone to both, and who had grandchildren in both as well. The first words out of his mouth were that I was making a mistake, and should definitely send the girls to the school that we had not chosen. (He is nothing if not open about his opinions.) We ended up having a fantastic, if quick, conversation on the subject, and he noted at one point: "I will acknowledge, [the school we picked] does a fantastic job of ingraining X." For us, it is easier to supplement our child's (say) math education than supplement X - and therefore, we chose to put ourselves in a situation where we can supplement any potential problems.

By placing children in schools which match the parents, while it helps with consistency, it also can create a redundancy - both positively and negatively. While the school's strengths may be further enhanced by equally strong parents in a given area, any lacking the school may have would only be compounded by the parents lacking the same. But by viewing the school more as a teammate in a child's upbringing, where the strengths of the school and the strengths of the parents help overcome one another's deficiencies, it can help a child become a more complete person.
Posted by Unknown at 12:57 AM No comments: