Understanding the idea of "Niskatnu HaDoros"...

,,, which roughly translates to "the diminishing of the generations". Ready?

One of the best articles I've read in a long time, at The Atlantic. (Hat tip: Farbs)

Should I Steal From Macy's?


Macy's is a large corporation.  They are not particularly nice to me.   They issue credit cards with high interest rates.

Many of the things I purchased at Macy's have not really made me better off.  In fact, some have made me worse off. Once I bought a suit for $800 that I couldn't really afford, but the sales clerk at Macy's didn't even ask me to rethink before I paid.  All she cared about was selling me that suit.

Macy's makes an allowance for theft (euphemistically known as "shrinkage" in the retail trade).  It's factored into the price of the product.  They knew when they let me into the store that there was a risk that I might try to steal something.  As soon as they opened the doors, everyone knew what was going to happen: a bunch of stuff would get bought, and some stuff would be stolen.  One could argue that every time I have bought something at retail, paying an extra percentage to cover losses from shrinkage, I have been paying for the right to steal at some point in the future.
Macy's doesn't even use written contracts for most transactions!  If they had wanted to, they could have asked me to sign a contract agreeing not to steal.  Since they didn't, why do I have an obligation not to steal?

I don't think non-Clevelanders always understand how exactly Clevelanders feel and felt about Lebron James. Two (really three, but the one in Deadspin's language is way too unnecessary) pieces really explain it perfectly:
On a related note, this video by the Greater Cleveland Partnership about Cleveland's rebirth and rebuilding process is impressive - not just for the video, but the amount of infrastructure ($6.8 billion!) being put into the city as it reinvents itself around its outstanding medical facilities.

For those of you old enough to remember Suri Feldman's disappearance and her subsequent rescue, I cannot help but notice the difference in response to Lauren Spierer's disappearance.

Her name is Golda bas Mazal, and everyone should please daven for her and help in any way that they possibly can, whether it be to daven a little for her, to donate, or volunteer services.
Posted by harry-er than them all at 12:48 AM

Email ThisBlogThis!Share to TwitterShare to FacebookShare to Pinterest
Labels: Harry-er

R' Yanky Horowitz is giving The Talk in Baltimore, KGH, Monsey, and Brooklyn over the coming weeks. See info below and here. 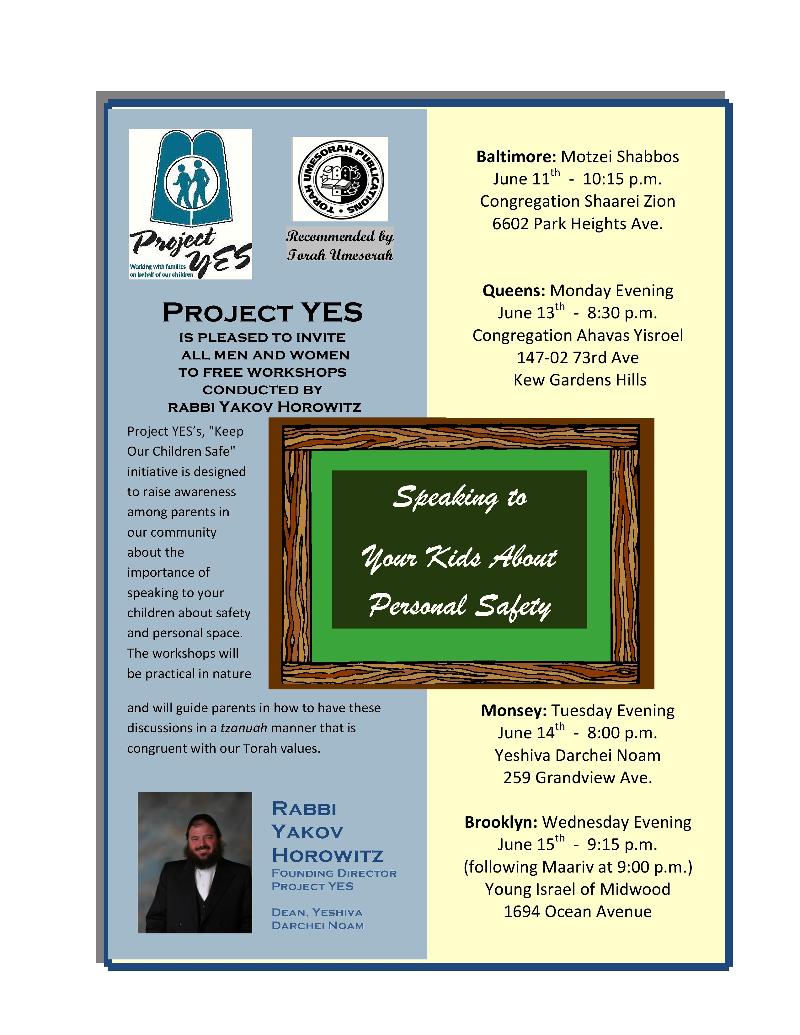 Some thoughts going into Shabbos:

Posted by Unknown at 2:23 PM No comments:

I'm not the "wow this is the best stuff ever!" kind of person, but I love this strip by xkcd. Make sure to mouseover the image to see the other text.

Posted by Unknown at 1:15 AM No comments: