Welcome to the third edition of the Kosher Cooking Carnival! 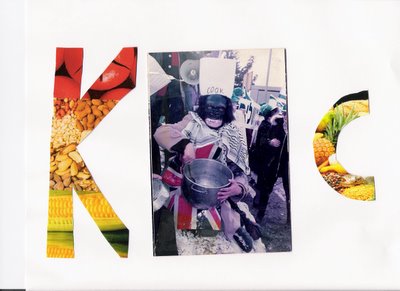 The KCC was started by Batya, who has a number of blogs, including Shiloh Musings and Me-Ander. I am honored to be the first guest host of the KCC, and right in time for Purim no less! So let's give you some options to make for your Purim seudah (feast), and if you're not too drunk, maybe you'll even enjoy it! Check it out, and try not to salivate on the keyboard...

The wonderful teacher Batya instructs us how to make the cookie dough for Hamantashen - then gives us the "easiest ever hamantashen filling" to go with it.

We're going to be eating this Purim with my brother OD and sister-in-law SIL, and her sisters and their husbands, and of course all their assorted children. The contribution that we were asked to make is... my sister-in-law SIL's recipe. Heh. Anyways, here's her delicious Sweet Potato Soup (or Yellow Split-Pea Soup, depending on who you ask...) for your enjoyment!

Saute the onions and celery. Add in everything else. Simmer for two hours on a low flame, stirring from time to time (often). The soup is thick (the original recipe was 6 cups of water!), which is why you need to stir often and keep it at a low flame - otherwise it will burn.

The soup was a big hit when we served it for Thanksgiving; you can also process it in a food processor if you want a smoother consistency, but I actually liked it the way it was.

Leading into Purim is Ta'anis Esther, and while people I know tend to rush from hearing the Megillah to doing who knows what and just grabbing some food, it's probably wiser (and healthier!) to sit down and eat a normal meal. A good meal to break a fast with is... pizza! It's light enough to eat after a fast, but enough of a real meal that people might sit down to eat like normal people. And WestBankMama has a great recipe from the outposts of Israel:

Sift flour and set aside. Mix first four ingredients until blended. Dissolve yeast into water mixture, and then pour into bowl with the flour. Mix until a ball forms. Turn out onto floured surface and knead approximately 5-7 minutes until dough bounces back when pressed with a finger.

Put into slightly oiled bowl and cover with damp cloth. Set in a warm place to rise, at least an hour and a half. Pat dough into greased pizza pans, add favorite sauce and grated cheese. Bake approximately 18-20 minutes in 175C oven.

Yum! Reminds me of when a couple friends and I used to make our own pizza... and then serve it to whoever stayed in WITS for the out-shabbosim. It's amazing how many pies (15) 25 teenage guys can eat. Then again, I'd eat about 6 slices myself, so I guess I shouldn't talk.

Oddly enough, someone e-mailed me this week regarding a film about food:

It's a longer e-mail, but you can find out more at whendoweeat.com. It sounds pretty interesting.

Mirty confesses to being an addicted chef (who knew?! :) ). Here's her decadent potato kugel, Texas-style.

An anonymous person e-mailed a link for a bunch of Rutgers recipes - check them out yourself! (Ez: What? I'm not being lazy... ;) )

Sarah sizzles up some chili stir fry "Down Under". What, no pictures?

In case that's not hot enough for you, Elisson blogs about Cajun Chulent.

In case those made you a little too excited, Ezer K'Negdo has some good ol' relaxing Simon & Garfunkel chicken. Just makes me want to sit back and relax...

Batya discusses McDonald's and whether it's kosher in Israel. Look for the blue arches! She also muses about planning kitchen renovations...

Shira says it's never too early for Pesach, so here's her "Kulanu M'Subin" chicken:

“KULANU M’SUBIN” CHICKEN
This combination of my mother’s tzimmis recipe and a chicken recipe by one of my best friends is ideal for a Seder because you can leave it in the oven practically forever without paying any attention to it, and participate fully in the Seder knowing that this dish won't burn, dry out or overcook. Make twice this amount if you're having more than four people.

The moral of this recipe is that, since all of us were freed from slavery on Pesach, none of us should be a “galley slave” at a Seder. As the rabbis said, “Halaila hazeh, kulanu m’subin—On this night, we all recline.” So get out of the kitchen and take your rightful place, a seat at the Seder table.

1) 1 raw chicken, kashered, cut into eighths (or at least 8 kashered chicken cutlets)
2) 1 pound of raw carrots, scrubbed but not peeled (save those vitamins!), cut into chunks or slices (slices are traditional for Rosh HaShanah, as they symbolize the kesef one hopes to earn in the new year, so, for Rosh HaShanah, cut at least some of the carrots into slices)
3) 1-2 raw sweet potatoes or yams, peeled and cut at least in half lengthwise, then into chunks
4) pineapple (unless someone’s allergic), preferably chunked, canned in unsweetened pineapple juice 1 can per chicken is better (at least 1/2 can) with 1 can (at least 1/2 can) of the aforementioned juice. Extra pineapple will be needed for the juice if you can’t use orange juice. If using sliced pineapple, cut it into chunks.
5) 1 cup orange juice per chicken, unless that’s a problem for anyone’s stomach, in which case you may need to open more pineapple just to add another full cup of pineapple juice
6) 1-3 WHOLE raw apples, scrubbed Apples with the skin still on make very tasty baked apples, & they’re also the only kind that will stay whole, since cut apples tend to fall apart and become applesauce in the stewing process (or whatever kind of process you wish to call this).
7) cinnamon
8) (optional‑‑seedless citrus fruit, peeled and sectioned.) (My girlfriend uses canned sweetened mandarin oranges, which have the advantage of being seedless, pre-peeled & sectioned, but the disadvantage of being packed in sugar syrup. However, if anyone at the Seder is allergic to pineapple, this is a good alternative, if the sugar isn’t a problem.)

Remove apple cores. Place apples in corners of pan. Stuff the emptied cores with pineapple chunks (perhaps cut or broken into smaller pieces), then sprinkle the apples (and their pineapple stuffing) with cinnamon.
Place well-cleaned chicken pieces or cutlets in bottom of roasting pan.
Arrange potatoes and carrots around and/or on top of chicken.
Place pineapple chunks (and/or citrus sections) on top of chicken pieces. Pour orange and/or pineapple juices over contents of pan. Sprinkle cinnamon on contents of pan.

Cover roasting pan with aluminum foil—the foil cover and the quart or so of juice in the pan are the secrets to keeping this dish from overcooking. "Roast" (stew?) for 1 ½ hours minimum at 350 degrees Fahrenheit. For a Seder, unless you're NOT running "Jewish time", roast/stew this for approximately 2 hours at 300 degrees, then turn it down to 200 until you get to "shulchan orech", the meal.

Batya's getting ready for Pesach, too, this time giving us her recipe to fry up some matzah brei.

That's all for this edition - hope you enjoyed!

If you're interested in hosting future editions of the KCC, please feel free to e-mail Batya at shilohmuse at yahoo dot com. It's a lot of fun, and not hard at all - there's no perusing involved, just taking the links from people and turning into a post. Also, start sending in your posts for KCC #4 to the same address as above - seeing as it will be closer to Pesach, some good Seder stories, gebruchts cooking tips, and of course the Yom Tov menus would be great to post!

I hope y'all enjoyed - Purim Sameach!!