I found this pair of posts from Jameel & DAG to be fascinating. DAG notes an article that was in the news today that's sure to make things interesting:

Remains of the Jewish second temple may have been found during work to lay pipes at the Al-Aqsa mosque compound in east Jerusalem, Israeli television reported Thursday.
Israeli television broadcast footage of a mechanical digger at the site which Israeli archaeologists visited on Thursday. 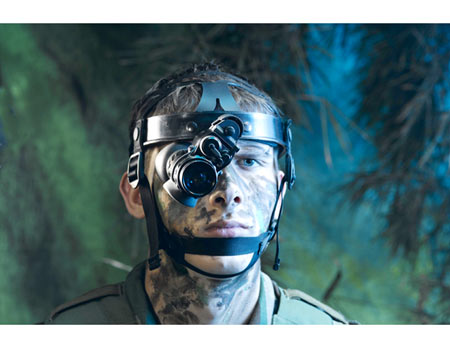 Meanwhile, Jameel has a picture of an IDF soldier modeling some new hi-tech equipment:

No, he's not from StarTrek, he's an Israeli IDF soldier using top of the line equipment from ITL Optronics -- advanced infantry electro-optic systems, thermal imaging, navigation, orientations and battle management systems, as well as with laser-aiming devices and sights. (YNET)